Me and vel0h made a game for the 0hgame initiative this year! This is a jam where you make a game in “zero hours”: the one hour loss during daylight savings time. As you can guess, the quality of the game won’t be the best, but that’s the whole point of a jam!

Defend your home field against cosmic invaders! Play as the ghost, launching your soccer ball towards the aliens to take them out. A shot in the opposing goal wipes the board. A shot in your goal makes the situation worse!

Download the video game executable. Extract the ZIP, then run game.bat for windows or game.sh for mac/linux.

Use WASD to move, SPACE to fire your soccer ball. Avoid running into aliens. Shoot for the other team’s goal or aliens. The ball will travel in the direction you are currently moving. 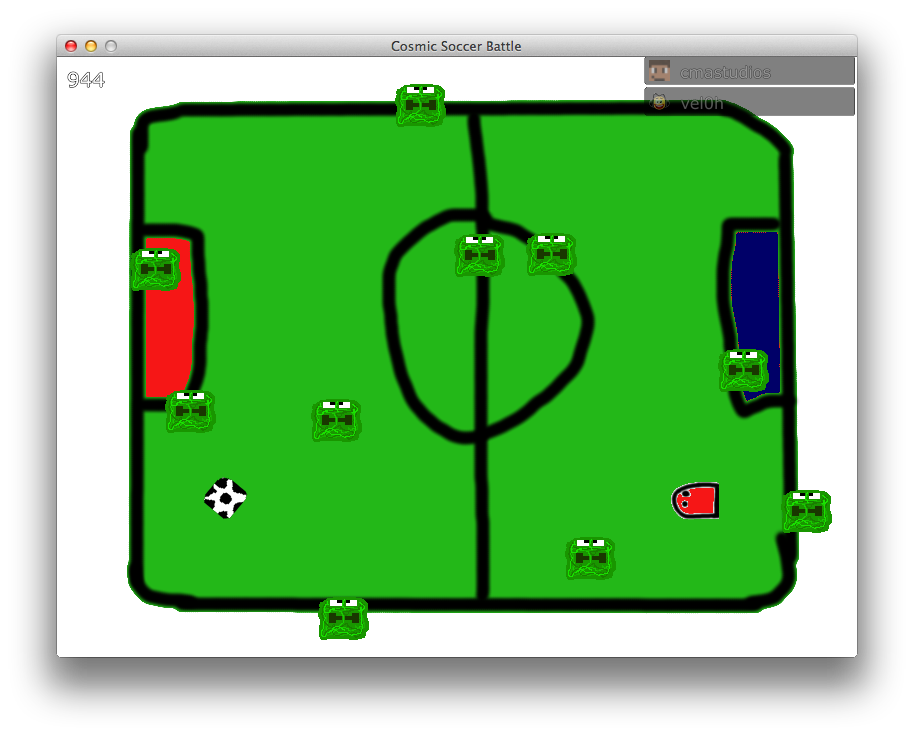